Cryptocurrencies moved slightly up yesterday, although the upward movement range is tightly held by the sellers. Atom (+5%) was the best mover- Meanwhile, the leading cryptos moving up around 1% against their previous 24h level. On the Ethereum-based tokens, the situation is a bit more bullish, with HEDG(+6.85%), QNT(+10%), and MB(+14.8%) and others showing strong behavior.

The market capitalization has improved slightly to$192.35 Billion, but we see on the chart that its linear regression channel is pointing to a slightly bearish outlook. The traded volume has decreased to $32.262 billion (-22%), which is common in trading ranges. Bitcoin dominance is stable at 64.26%. 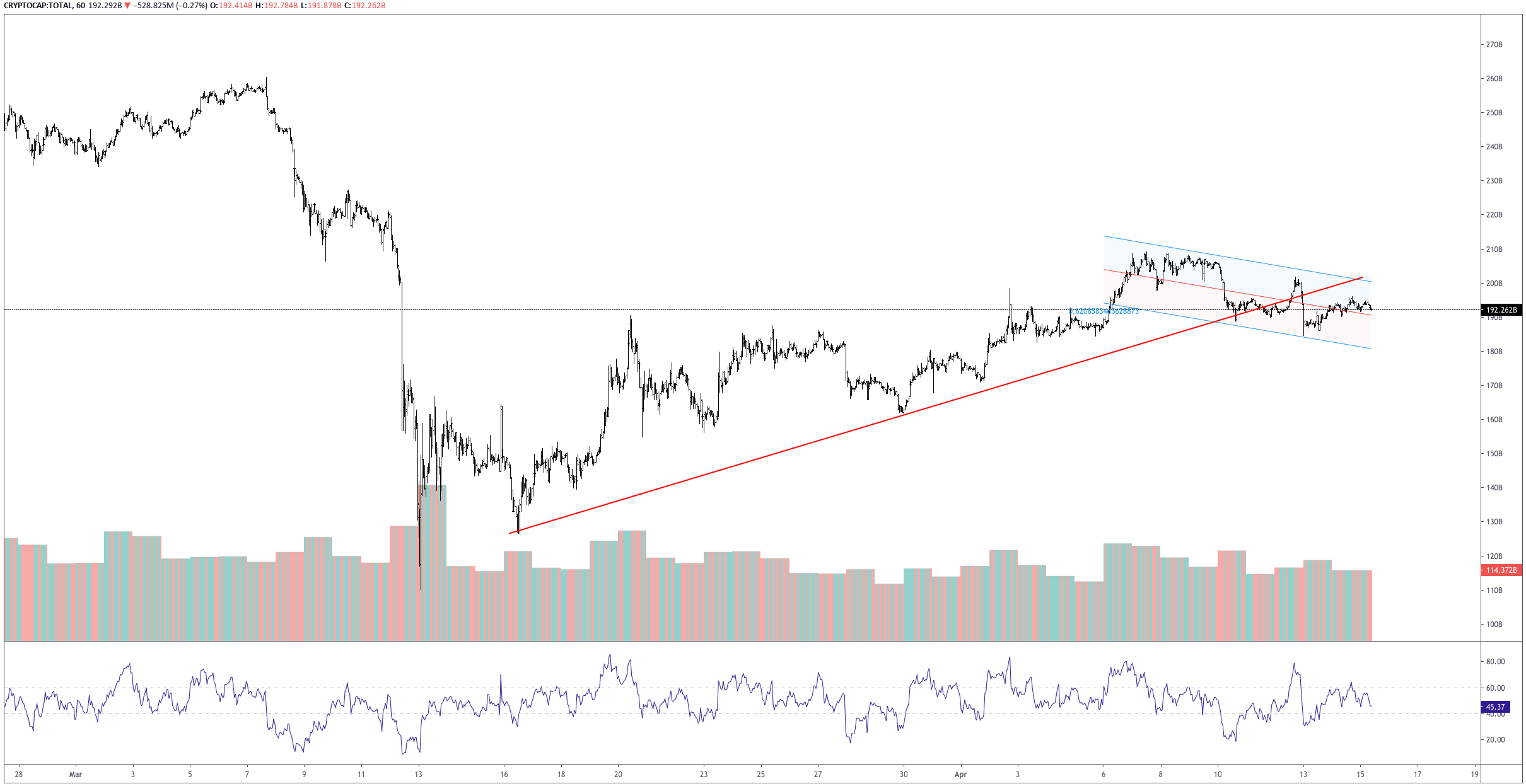 CNBC warns in an article that coronavirus job losses could go up to 47 million and raise the unemployment rate to 32 percent as estimated by St Louis Federal Reserve projections. St. Louis Fed President James Bullard says that this effect should be short-lived and that the economy will quickly recover.

China’s digital yuan is reported to be tested in four cities. According to this information, the wallet app for the digital yuan is available for download in for cities: Shenzhen, Chengdu, Suzhou, and Xiongan.

Bitcoin hash rate has recovered from the dip after the black Thursday and reaches the level of 122.9 EH/s, attained on March 2. Hash rate refers to the computational power used by miners to create a new block. A high hash rate is good for the network, as it makes it more robust against malicious attacks. 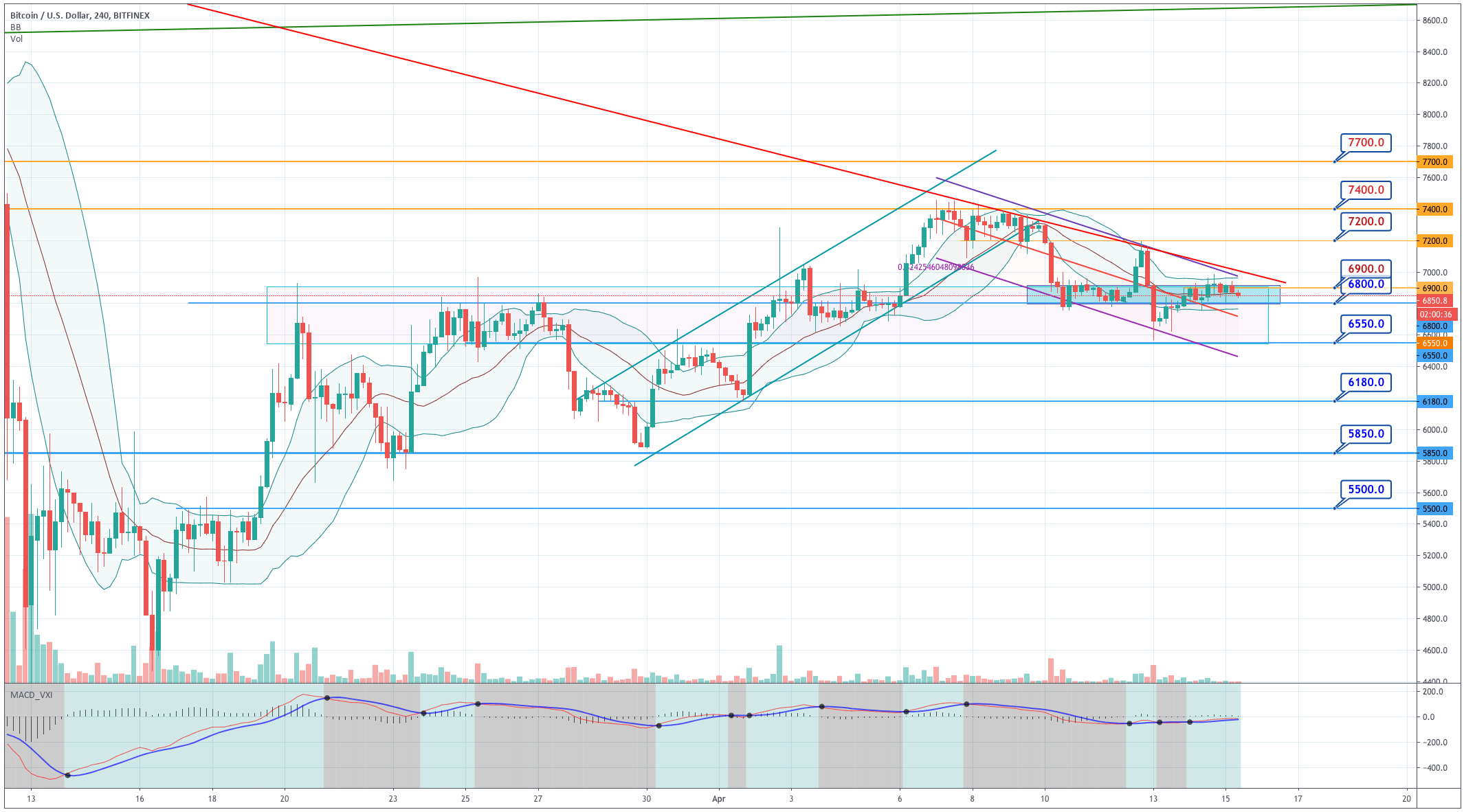 Bitcoin has been retracing the last bearish candle made on Monday’s early morning. But the price has been rejected once more at the $7,000 level and is moving in a tight channel. The MACD is almost flat, as is the Bollinger bands.  BTC is still following a descending channel, with the current action near the upper limit of the channel. The last candles are showing weakness, although with tiny volume. Thus, we consider that BTC does not show any direction at the moment. Sellers should wait for a breakout below the $6,800 level, whereas buyers should seek a breakout of the $7,000 level. 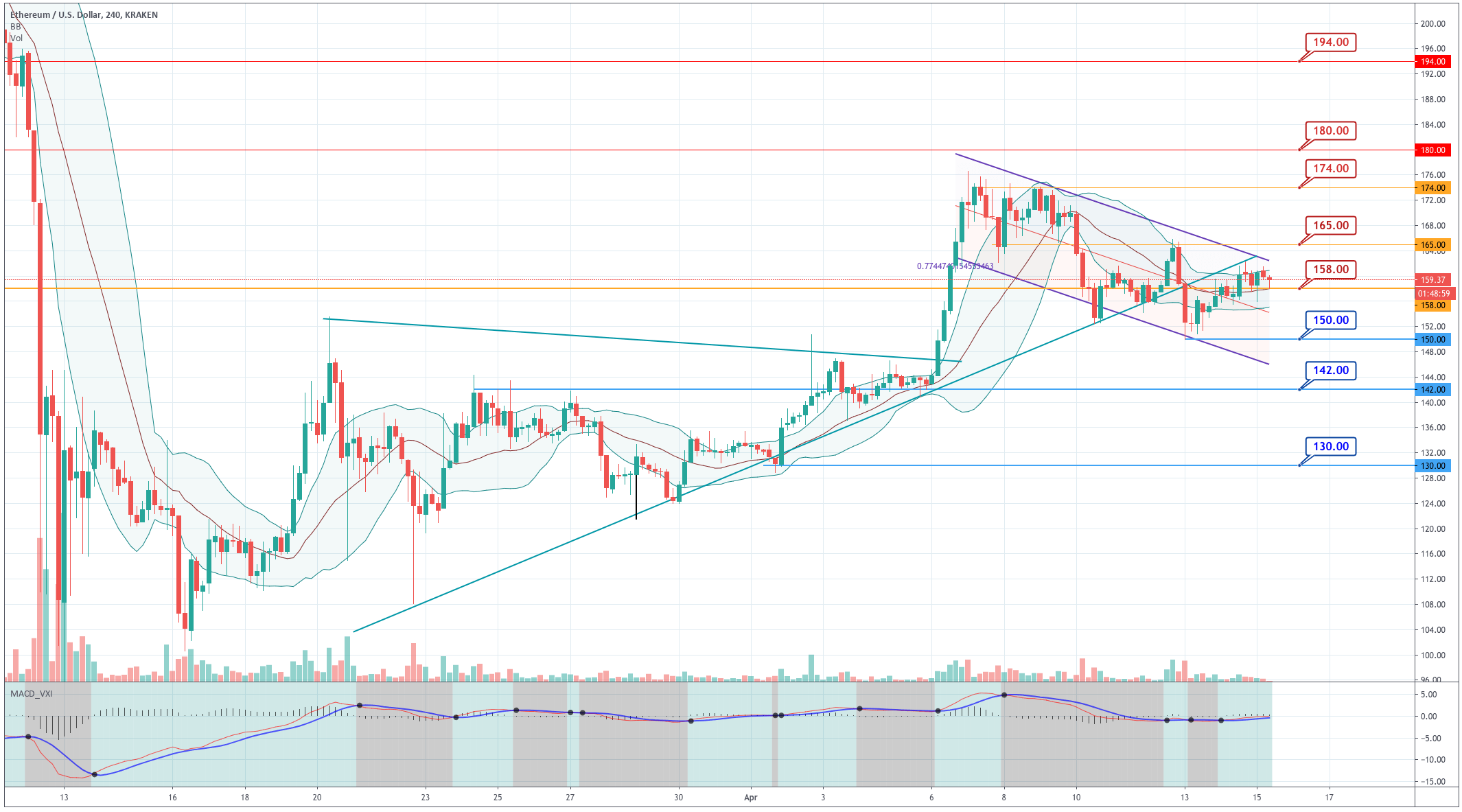 Ethereum moved from the lower to the upper side of the descending channel. The price found new buyers at the level of $160 and has been mildly rejected from there.  We see its price moving in the upper side of the Bollinger bands, and the MACD slightly up.  We see also that the ascending trendline has acted as a resistance barrier. Thus, although there is some buying power, the current situation limits its upside movement. At the same time, the fact that the price is at the top of a channel makes it likely a move to its bottom.  The levels to watch are $165 to the upside and $ 154 to the downside. A strong breakout of one of these levels will show the future direction. 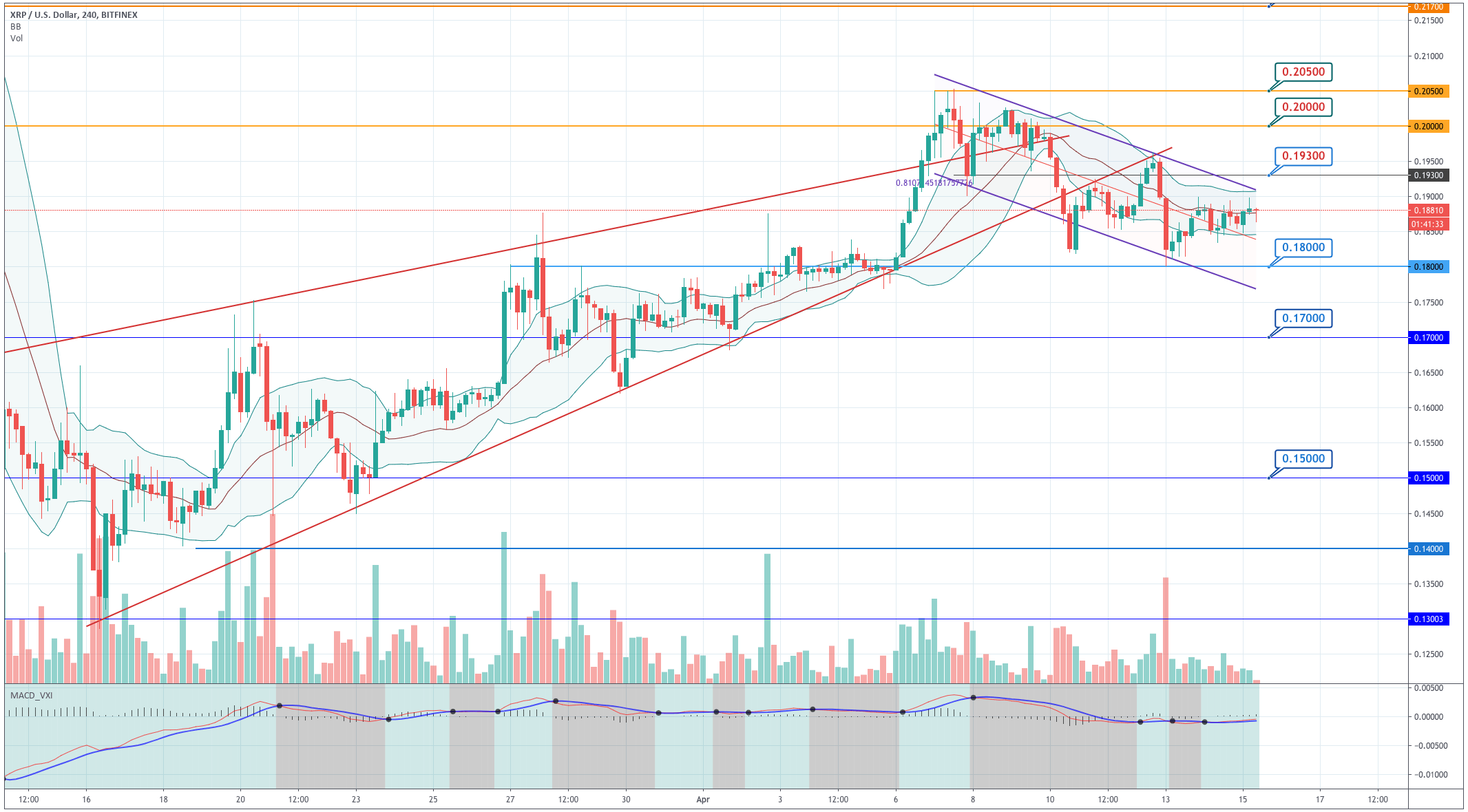 Ripple has moved to the middle of the Bollinger bands, in a retracement that has been stopped by the $0.19 resistance level. The Bollinger bands are moving horizontally as the price approaches the upper side of the descending channel.  The recent candles are making a kind of ascending triangle that shows an improvement of the asset, as buyers came in earlier on each candle. That may indicate an increasing buyer power that may send the asset higher.

The buyers should wait for the breakout of the powerful $0.19 resistance. Sellers should come in after the price closes below $0.184.