On 23 April as the market relished in the surging price of Bitcoin [BTC], altcoins also enjoyed a similar trend. Ethereum [ETH], the second-largest coin has been sharing a strong correlation with Bitcoin and according to data provided by CoinMetrics’, the BTC-ETH correlation has reported a new all-time high.

The correlation saw a massive spike as BTC fell in March and ever since has been hovering around 0.92. As the price of Bitcoin surged on 23 April, ETH also noted an escalation in its value by 7.80%. The ETH price peaked at $194.86 during the surge but later was pulled back to $188.29, at press time.

Additionally, during the period of the surge, BitMEX and Coinbase saw a growing basis difference of 1.4%. At around 14:21 UTC, the price of ETH on BitMEX opened at $193.10 and that was also the highest price in the minute, while $190.60 was the lowest. The one minute candle closed at $192.85, which was $1.19 more than Coinbase’s closing value in the minute. 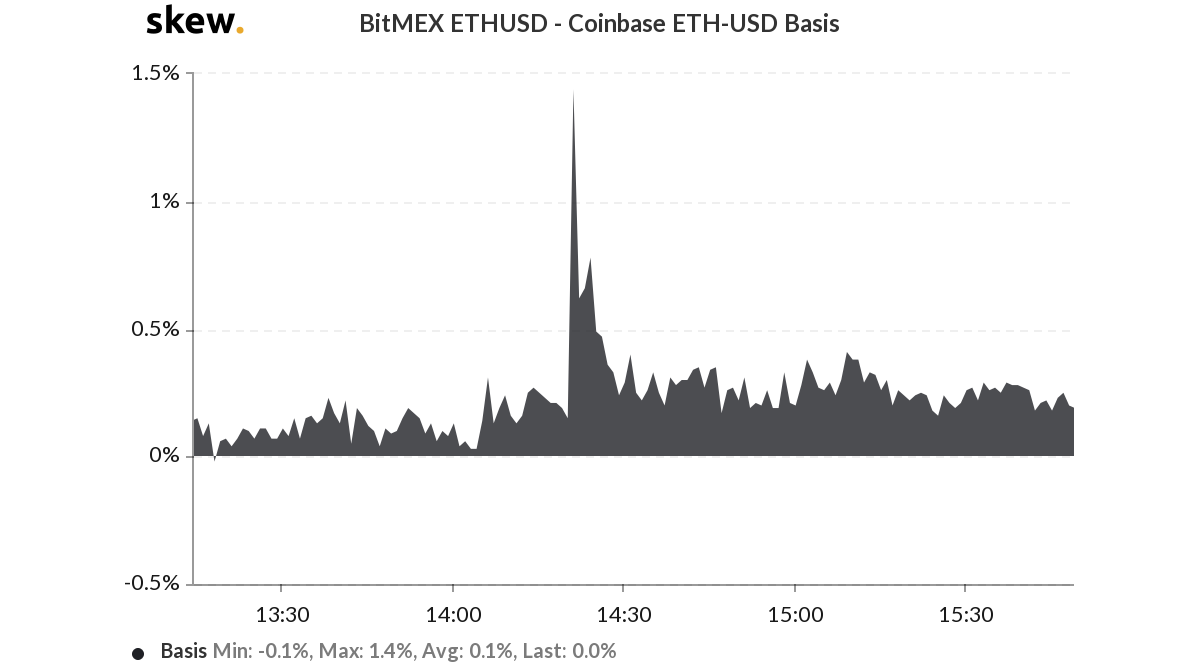 Coinbase saw a lower value for ETH at the given time, as its highest buy in the minute was at $192, again $1.10 lower than BitMEX.

At the same time, the Ethereum futures market saw heavy liquidations in the past 24-hours. Skew noted that the value of the daily liquidation was $3.2 million, wherein two single hour liquidations indicated the buying momentum in the market. On 23 April at 0100 UTC $1.2 million shorts were liquidated on BitMEX within a single hour. 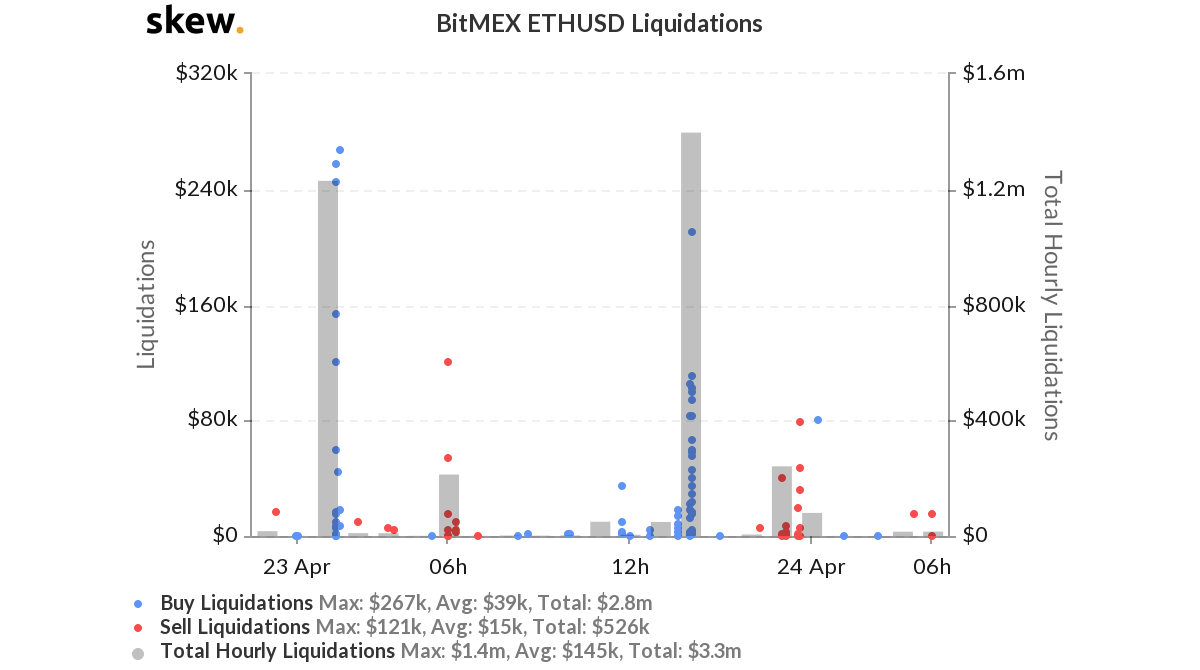 The single, highest liquidation was worth $267k, followed by $258k and $246k. The next set of liquidations were triggered at 1400 hours UTC, wherein $1.4 million shorts were liquidated, making it the highest in the week.