Skip to content
Home>>Ethereum>>Ethereum leads the reversal of the crypto sector. bitcoin back to $7,000 range

The Market capitalization is making a consolidation structure following the ascents made after the massive selloff that happened on March 12. The reversal made on Wednesday paves the way for a new challenge to the $208.119 Billion high.  The Market capitalization of the sector is back above $200 billion, at $201.7 billion. That accomplishment was made with a 24H traded volume of 35.766 billion (+4.85%). The dominance of Bitcoin remains unchanged at $63.76 billion. 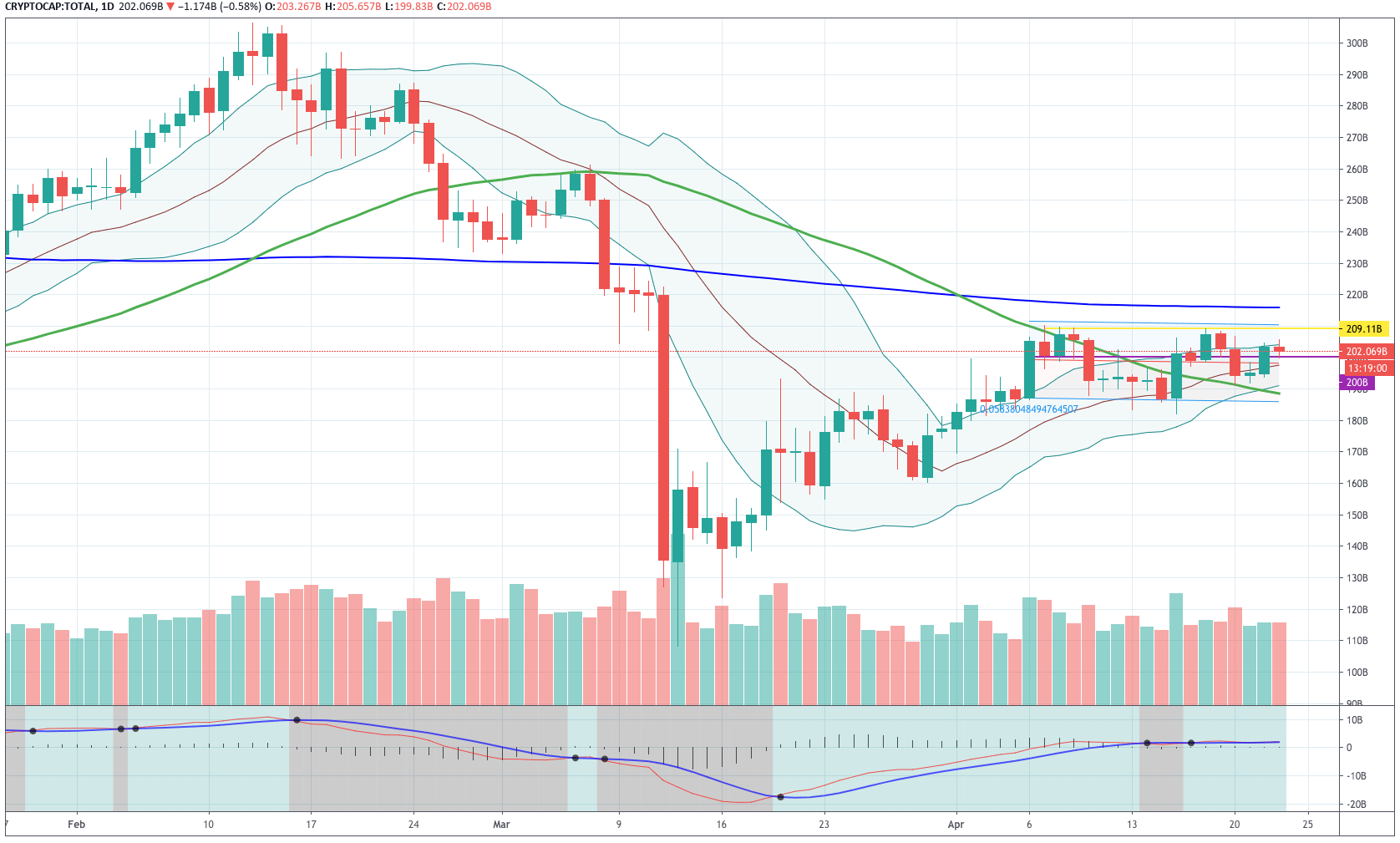 Starbucks and McDonald’s are among the 19 restaurants and retail shops involved in China’s test of its digital Yuan. The test application, available for download, also revealed that it had been rolled-out in Chengdu, Suzhou, Shenzhen, and the Xiong’An new district.

DeFi platform PegNet has suffered a 51% attack in which four of the top network miners fraudulently produced $6.7 million in US-pegged stablecoins. These four miners control 70 percent of the hash rate of the PegNet network. The miners that were not able to liquidate the funds now explain that the attack was simply a security penetration test.  This is the second attack in one week. On April 19, the Chinese DeFi, dForce protocol, suffered an attack that resulted in 99.5 percent of funds stored in Lendf.me being wiped by the hackers ($25 million in user funds). This story ended happily, since, after an accidental leak of identifying information, the hackers returned the funds on April 22. 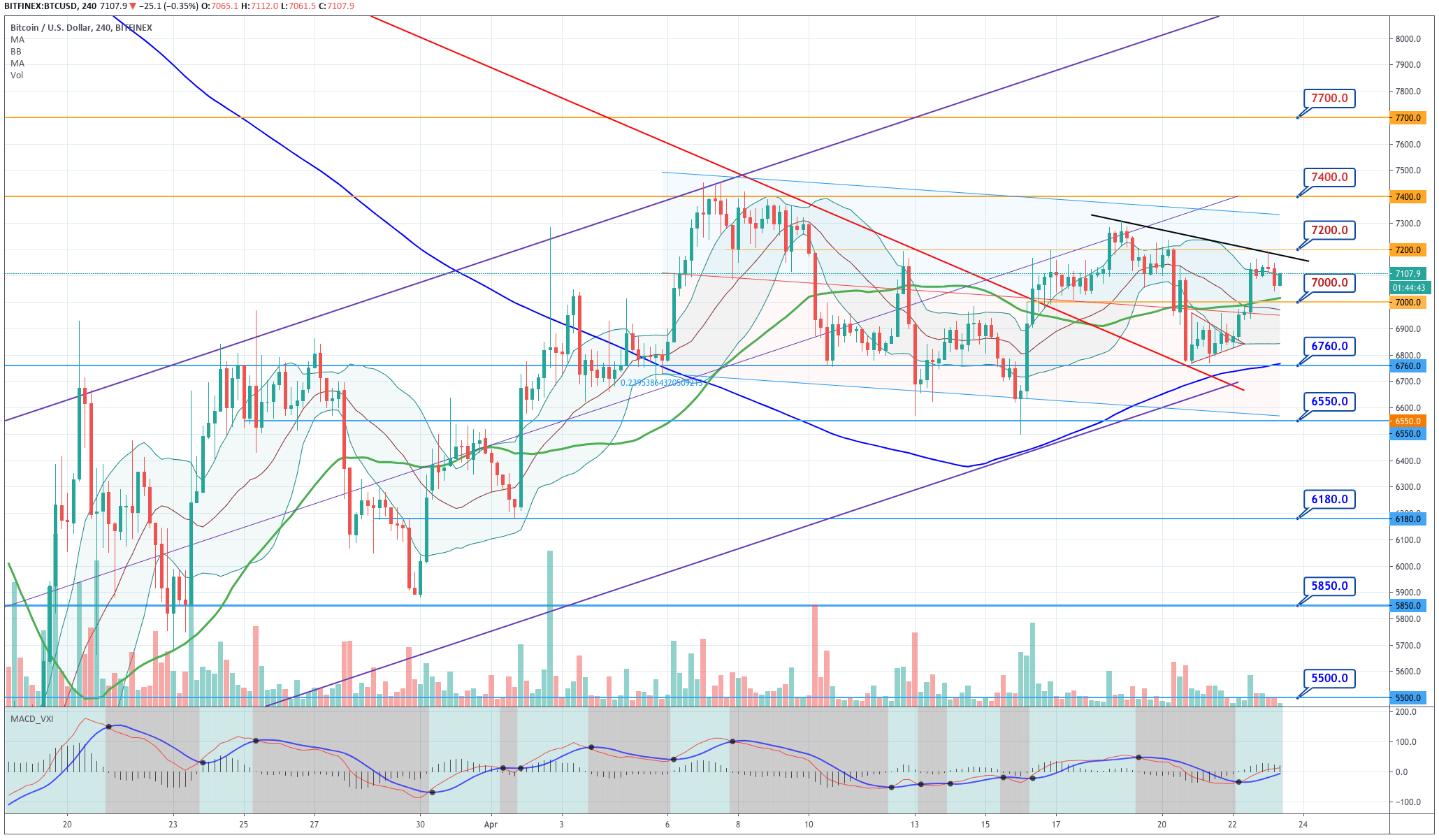 Bitcoin is currently consolidating the movement made on Wednesday. The price was rejected by the $7,200 level, but it was held near $7,050, and now it moves near the +1SD Bollinger line. The MACD continues showing a bullish phase and also the fact that the 200- and 50- SMA lines point upwards and are below the current price. We see also that the mid-term upward channel in which Bitcoin is moving is intact. Although the current price-action is evolving in a slightly descending wide canal, this shows the current direction is bullish. Traders may accumulate BTC on pullbacks or wait till the $7,200 line is definitively broken. 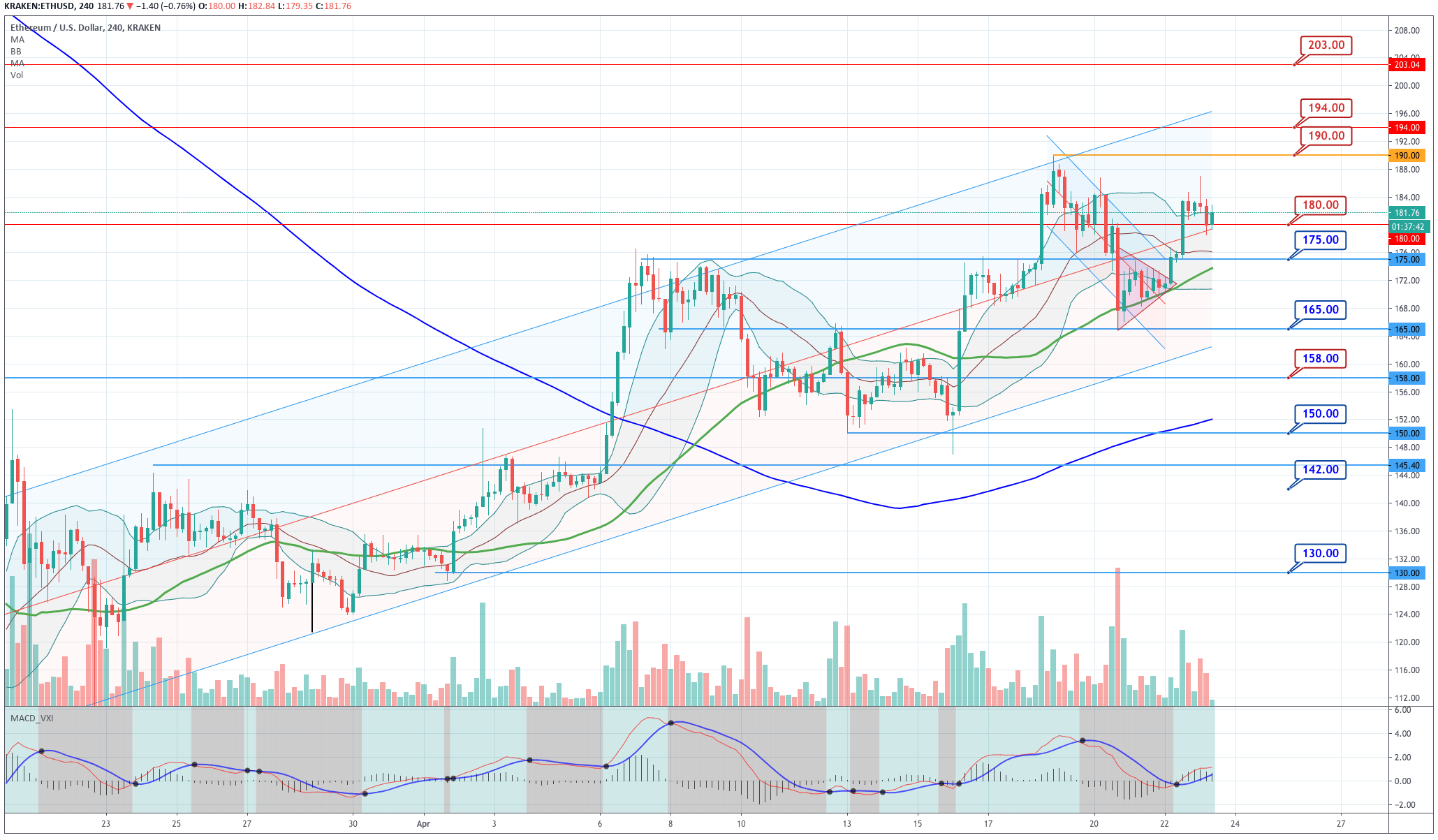 Ethereum is moving in a bullish channel. Its latest movement made on Wednesday reversed the corrective wave after being held by the 50-Period SMA. Today, after bouncing off the $ 187 level has created a retracement to the center of the channel, where it bounced off again to the upside.

ETH’s price moves at the +1SD line, with the MACD in a bullish phase and the 200- and 50-SMA lines pointing upwards. Thus, we expect further upsides on Ethereum to test the $190 level at least. 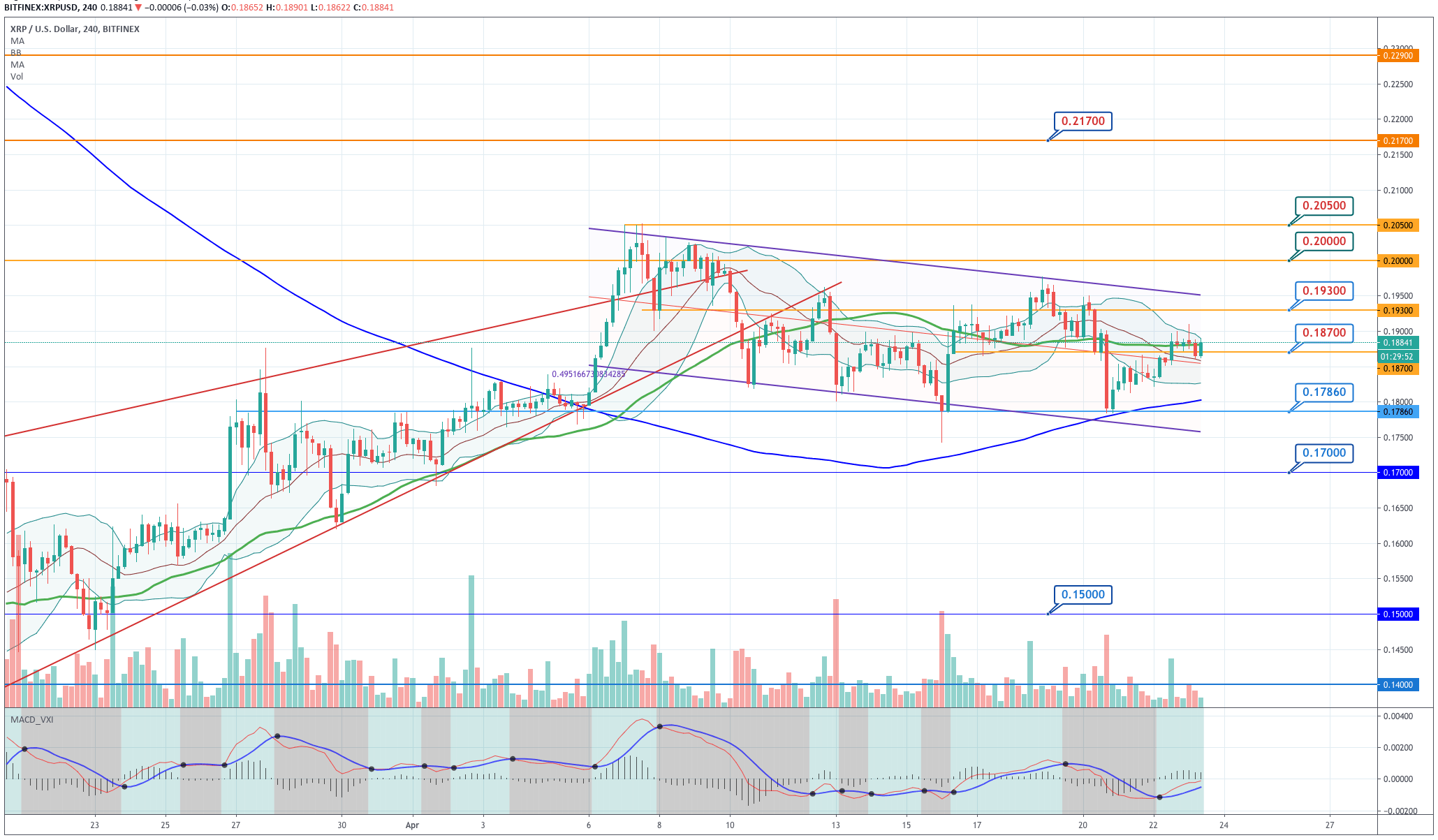 After the bullish movement made at the beginning of April, Ripple is moving in a consolidation structure that shows a slightly descending channel. After reversing on Wednesday ( on a bounce off its 200-period SMA), XRP is now trying to break the 20-SMA line to the upside and also overcome the annoying $0.19 key level.  Ethereum is the less bullish of the three top crypto players, but it follows the overall market. Thus, we still think it will continue its upward move to the top of the channel.