Skip to content
Home>>Ethereum>>Ethereum Options on the verge of massive expiry; how will price react?

Ethereum may not be front-and-center right now, but come the end of the week, the altcoin will be the hot topic. In the midst of the oil crisis and Bitcoin inching closer to its halving, the world’s largest altcoin is in for major market movement.

This expiry accounts for over 36 percent of all ETH Options contracts traded on Deribit, with the next large-scale expiry scheduled for 26 June 2020. Based on the strike prices of these Options the most predicted price is a whopping 65 percent below the press time price of Ether at $60 per coin, with an estimated 36,700 contracts traded with the price.

Despite the high volume of contracts expiring and a resounding number bearing a bearish price, the present-day contracts are more to buy rather than sell. Volumes on Deribit, on the current day scale, show the closest expiry i.e. on 21 April and 24 April, of a marginal rise in price to $180. The aforementioned expiries have a volume of 254 and 830 contracts, respectively. 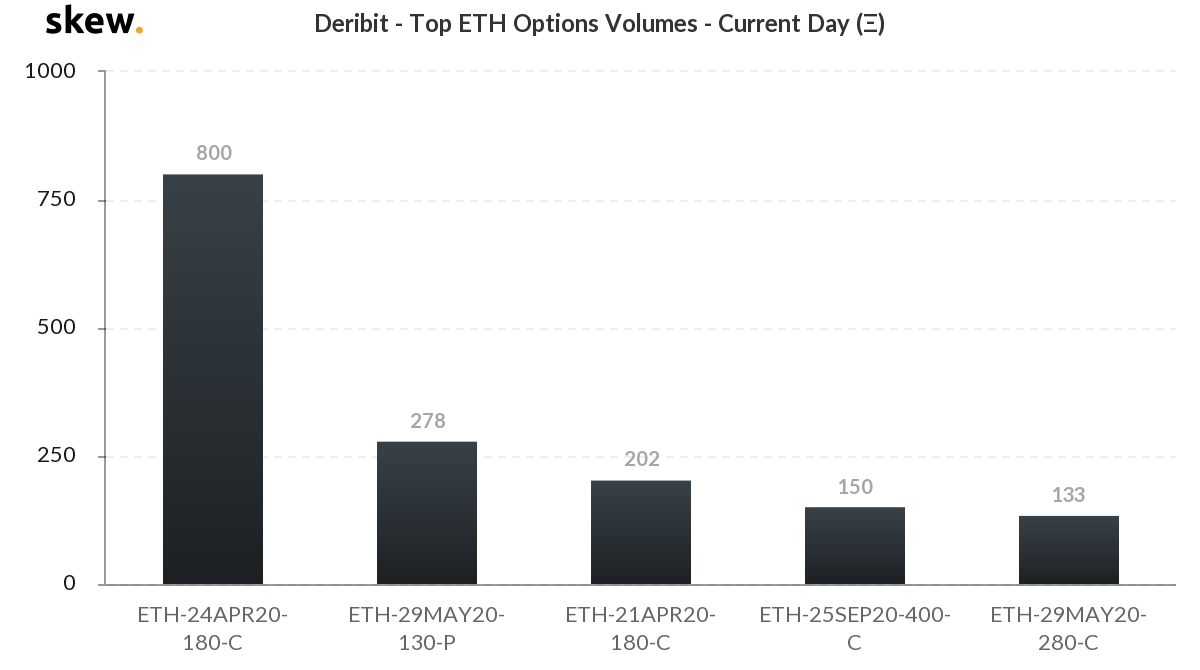 However, while the calls or options to buy are on either end of the chart, in between are very bearish puts or options to sell. The closest expiring put contract, on 29 May, has a strike price of $130, with 278 contracts traded. The June expiry contracts, with over 300 traded, have a price of $50, which the altcoin has not revisited since March 2017. The second-largest contracts, in terms of volume, with a December expiry, have an even bearish outlook with $40 puts.

While the long-term picture for Ether, based on Options’ traders is bearish beyond measure, the short-term does not look so bleak. The massive expiry at the close of this week will lead to yet another pullback on the Ethereum Open Interest charts, which will be filled in by new traders. Thus, the question remains, will traders continue the precedent of the bearish outlook, or will they change tack and look anew?

Apple And Google Admit Ethereum App To Let Employees Prove They’ve Been Vaccinated
Death of Fat Protocol Thesis Is Bearish for Ethereum
ETH Trading In A Close Range But A Huge Move Could Be Imminent
Share: